This small collection of images was the result of an unintended departure from the norms of my film shooting. Setting off on any kind of trip at the moment involves extra thought and time associated with the weather (choosing the best combination of clothes, shoes, camera gear, and then putting them all on) and on this occasion the rush to finally leave the house resulted in me taking the ‘wrong’ lens with me. I usually shoot with a 80mm lens on my Contax, and on this day when I came to take it from my bag I found that instead I had my 45mm. I was quite disappointed and felt wrong-footed…this is a wider angle lens that I am happy to use for landscape photography, but for my usual style of ambling round, capturing details and light that catch my eye, I wasn’t sure how it would work out. But never mind, this lens was all I had and the blue sky, snow and lovely heritage buildings of Agassiz were far too enticing not to shoot. So we walked (gingerly and not for very long…the paths were liberally coated with snow and ice) and I shot with far less intention than usual, not sure what to expect from the lens and feeling slightly out of control and unhopeful. Today, a few days later, I was oddly excited to see the images and now that I do, I feel surprised and satisfied with the results.

Continuing with the mood I am also now blogging these with much less forethought than usual and totally out of order (there are many older photographs than these to compile and publish). Even the brief stop in Agassiz itself was not completely planned: we were really on our way to nearby Harrison Lake.

This all links with a vague aim I have, perhaps best worded as ‘thinking less and doing more’. It’s a vague aim because I’m apprehensive about it, but this blog post is one of my first efforts so I’ll see how well it continues.

All photographs shot on Contax 645 with Zeiss 45mm 2.8 lens on Kodak Portra 800 film and developed/scanned back at Canadian Film Lab HQ. 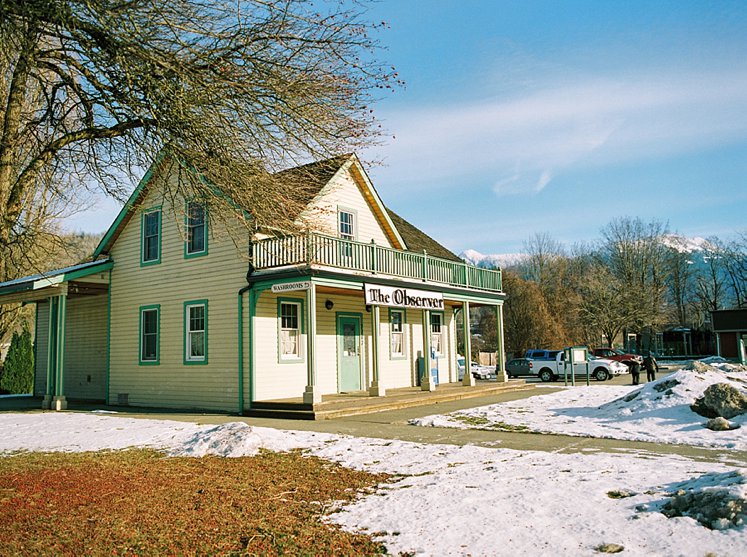 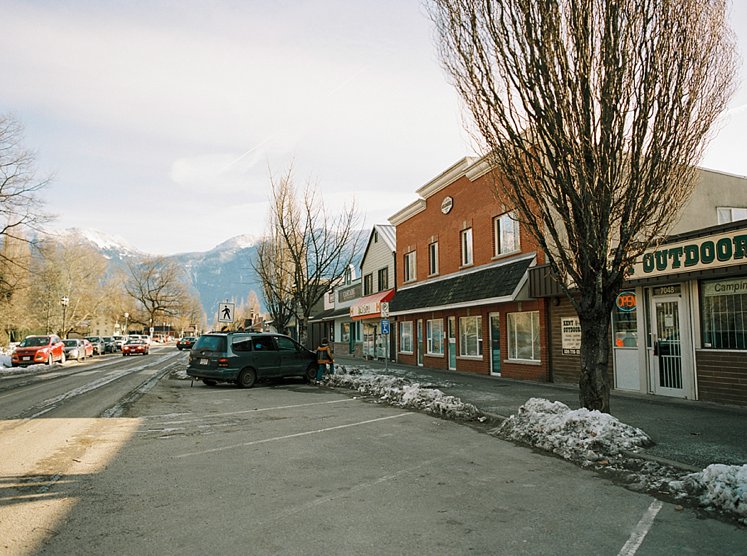 Love the colours and light, I can really feel the place! Good luck with the doing thing! I’m trying ‘being’ rather than doing……not much success so far lol! Xx

Thanks Kath, really pleased you like them. I find that overthinking and worrying is preventing me from doing things so that’s one of my sims at the moment. Trying to just ‘be’ sounds like a good idea too